The Akai VT-100, introduced in 1969, is one of the first ‘portable’ video recorders. It is unique in that it records on 1/4″ tape while most early recorders used 1/2″ tape. This, combined with very cleaver packaging and highly integrated (for the day) electronics allowed it to be smaller and lighter then the competition. However, these machines have not stood the test of time well. The rubber rollers and belts fail, the heads rapidly wore out, and the early hybird-ICs that Akai used have proved very unreliable. This, combined with the fact that the tapes from these machines often would only play back well in the machine that recorded them make it quite challenging to transfer old recordings.

Enter Michele who posted on antiqueradios.com with plans to restore one of these beasts back to working order. After much troubleshooting (and many posts) it was eventually determined that some of the flip-flop hybrid ICs (shown below) used in the sync circuit had failed. 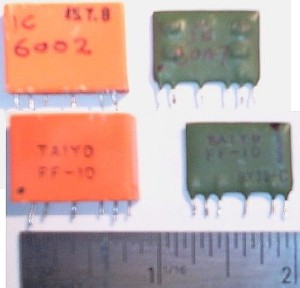 With no other reasonable source for a replacement, I set about to create reproductions. Luckily, the original service manual contained a schematic of the internals of the part, so no reverse-engineering was needed. I annotated the circuit with the logical function of each pin and set to work laying out a replacement. 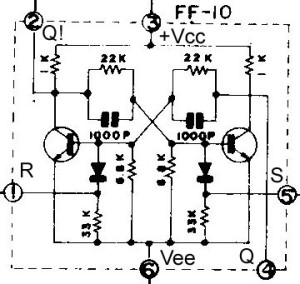 A picture of the layout is below. Since the boards were small I will included them on a larger PCB order at negligible additional cost. The board is the same size as the original part – 7/8″ x 5/8″ so it can be shaved down to fit inside of the orange package, or dipped in it green paint to make it look just like the others. 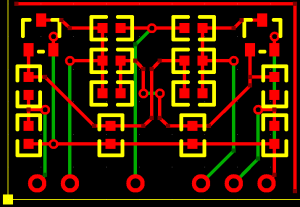 When I received the boards I populated them and it worked on the first try. I was amazed – nothing is that easy. 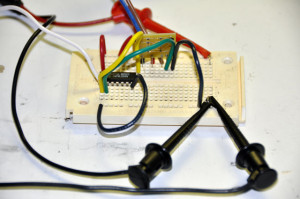 Above is the breadboard that I used for the test. The chip is a 74LS04 inverter which is there so that I can make S and R always be in opposite states. After a quick static test to verify that the circuit retains its state, I applied a square-wave from my new (as of today) HP 8111A function generator to R and to the inverter input with the output of the inverter connected to S. I then connected one channel of the oscilloscope to Q and the other to Q!. With the function generator set to 10KHz and the oscilloscope set to 50us/div I get the following waveform. 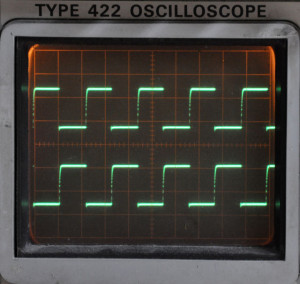 I set the oscilloscope to 2us/div and measured the rise-time to be about ~2uS. Below is a picture of that measurement. 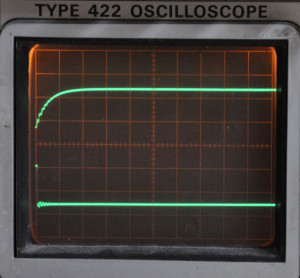 This all looked O.K. to me, but the only true test was to be how it performs in the circuit.

Here are pictures of the front and back of the finished product. 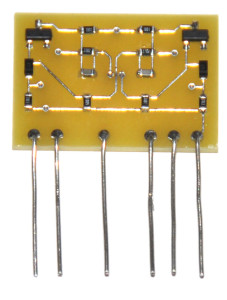 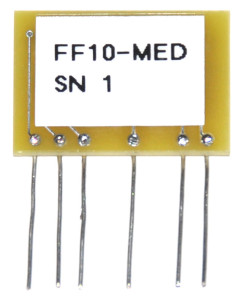 I shipped the parts of to Michele and I think she was happy with them:

holy moly!!! Are you kidding me? That has to be the most amazing piece of work I’ve ever seen. I’m serious – that’s really incredible. You now officially have my nomination for ARF Member of the Year.

That was not quite the end of the story however. As the project continued, there also came a need for replacement video amplifier modules, part number LM1: 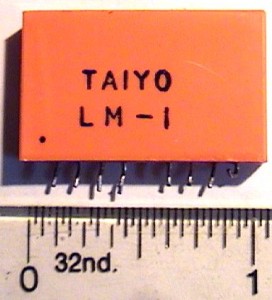 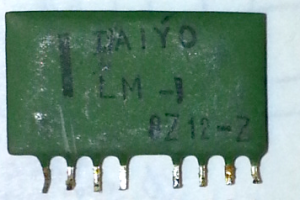 Again the schematic was available so it wasn’t too hard to get going: 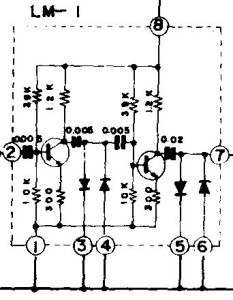 I first did a simulation to verify that I could achieve the needed 2MHz video bandwidth using common MMBT3904 transistors. The simulation showed a gain of 20dB and a 3dB bandwidth of about 5MHz so I proceeded to lay out boards for them. 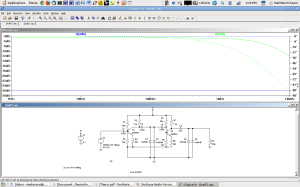 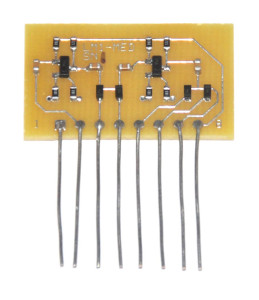 When Michele put it in the VT-100, the video quality was indistinguishable from the original. Unfortunately, there was a small problem. I hadn’t gotten the lead spacing quite right so it wouldn’t sit flush into the board: 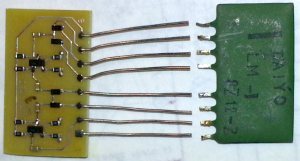 This was luckily an easy fix, and the final version (pictured below) fits perfectly. 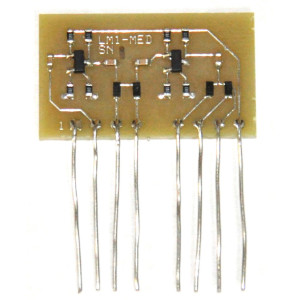 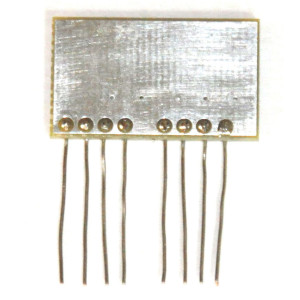 Many thanks to Michele for all her work testing my parts.. The reproduction FF10 and LM1 are available for sale at the links below: